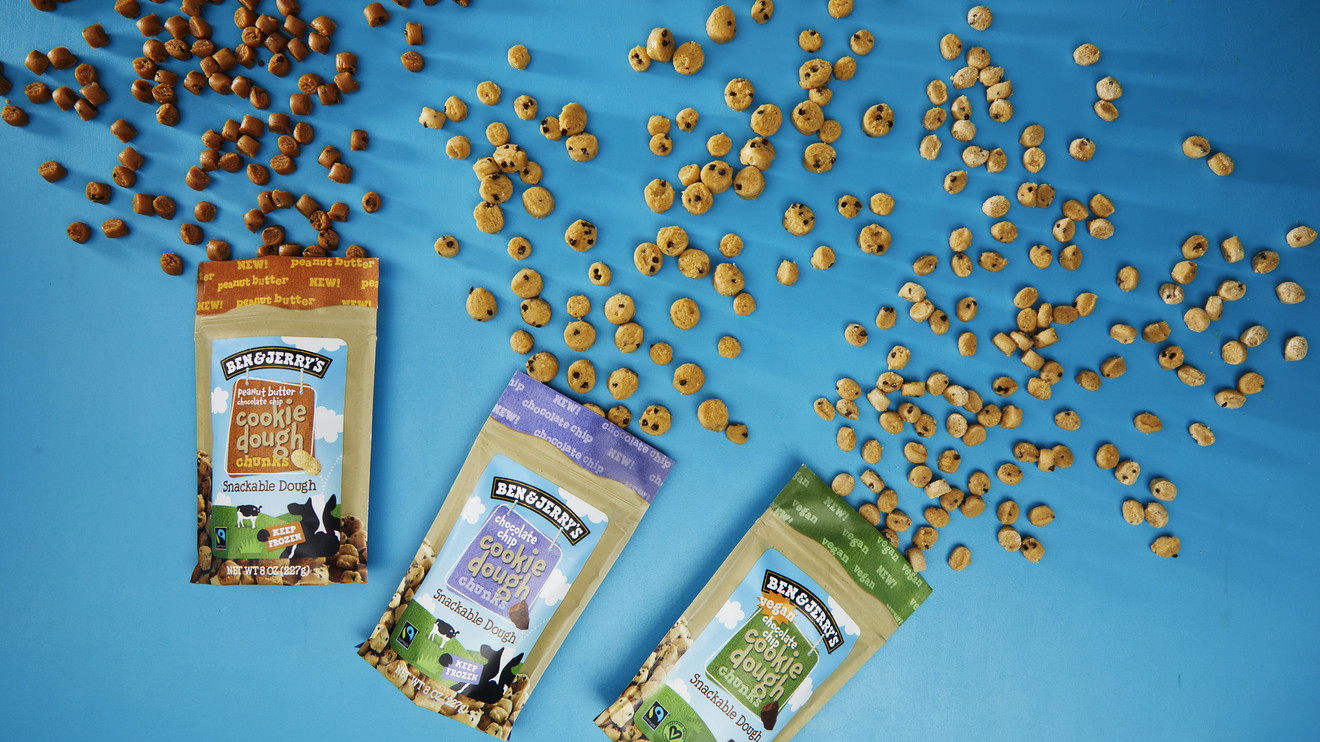 Plenty of companies are looking to bag some extra green on 4/20.

Saturday, or April 20, is an unofficial holiday commandeered by cannabis users; the term “four-twenty” has referred to marijuana ever since a group of San Francisco high schoolers in the ’70s reportedly coined the code when meeting at 4:20 p.m. after school. And now that recreational marijuana has been legalized in 10 states for adults aged 21 and up (including Alaska, California, Colorado, Maine, Massachusetts, Michigan, Nevada, Oregon, Vermont and Washington), and medical marijuana is legal in more than 20 states, brands are cashing in on what was once widely considered a stoner holiday.

Indeed, U.S. retail sales of cannabis products jumped to $10.5 billion last year, the Associated Press reported, a threefold increase from 2017. And spending on legal cannabis is expected to hit more than $31 billion by 2022, according to data from Arcview Market Research and BDS Analytics.

So these are the discounts, new flavors and promotions that companies have planned for 4/20.

The ever-saucy Carl’s Jr. burger chain revealed earlier this week that it’s dishing a CBD-infused cheeseburger at a restaurant in Denver for one day only on Saturday. “The Rocky Mountain High: CheeseBurger Delight,” will feature two 100% charbroiled beef patties smothered in the brand’s signature Santa Fe Sauce mixed with CBD oil. It will also be piled high with pickled jalapeños, pepper jack cheese and the chain’s Crisscut fries for a symbolic $4.20.

And while Cannabidiol, aka CBD oil, is a nonintoxicating cannabis ingredient, the FDA considers it a drug ingredient that is illegal to add it to food and health products without approval. So to play it safe, Carl’s Jr. is only offering the CBD cheeseburger in a single restaurant in Denver, where recreational marijuana use is legal (even though CBD’s legitimacy is still hazy.)

See: This is the only place to get Carl’s Jr.’s CBD-infused cheeseburger on 4/20

Ride-share company Lyft LYFT, -1.93% is helping ensure that no one drives under the influence on Saturday by offering a single-use $4.20 credit in select cities (the San Francisco Bay Area, Boston, Detroit, Las Vegas, Seattle, as well as Ottawa and Toronto, Canada) and the state of Colorado. It’s teamed up with local organizations such as the Massachusetts Chiefs of Police Association in Boston “to help you get to the park, to the store, and back to the couch — easier than ever,” the brand wrote on its website. Get your local promo code at this blog post.

Cannabis use is associated with eating sweet and salty snacks, so Ben & Jerry’s has long delivered its fans flavors to satisfy the munchies, such as Half Baked, Phish Food and Cherry Garcia. This year the Vermont ice cream maker owned by Unilever UL, +2.39%  is taking an even higher road by partnering with the Caliva cannabis brand and dispensary in San Jose to donate 4.20% of their 4/20 sales to Clear My Record, a non-profit criminal justice reform project working to take cannabis convictions off of people’s records so that they can have a second chance at a life and a career, but with a clean record.

This 4/20, we’re getting real about cannabis justice. Learn more about who’s making $$$, who’s being penalized, and why it matters: https://t.co/DPCcqND0SI pic.twitter.com/GxFFzMnuB1

As a sweet bonus, San Jose-area customers who shop in the Caliva store or put in an order for delivery on Saturday will get a free pint of Ben & Jerry’s. For those outside of California, the ice cream brand recently started selling the cookie dough chunks that it mixes into many of its flavors as separate, bagged snacks for $4.99.

See: People in states where marijuana is legal are eating more cookies and ice cream

Four Loko is launching a hemp-flavored malt beverage with a “distinct flavor” and 12% ABV on 4/20. There isn’t any actual hemp, CBD or THC in the drink, however. But Jaisen Freeman, cofounder of Four Loko’s owner Phusion Projects, explained in a statement that hemp flavors and hops are a perfect match. “They’ve got similar flavor profiles; plus people who enjoy hemp flavors are often the type who enjoy what Four Loko has to offer – great flavors and great stories,” he said.

If that’s not quite your taste, Austin residents can roll over to North by Northwest Brewing Co. on Saturday to try its limited batch of CBD-infused Dank Sinatra craft beer. The keg will be tapped at 4:20 p.m. The New England hazy IPA is infused with watermelon-flavored CBD oil from SumUp CBD.

We’re starting with this. Up next: full legalization & release of prisoners held on non violent marijuana chargeshttps://t.co/GyV7jMfC0u

The pizza delivery chain is offering its Hershey’s Triple Chocolate Brownie for $4.20 in select stores on Saturday (and no, it is not a weed brownie.)

Besides offering a 4/20 deal of 10 boneless wings with mac-n-cheese bites for $10, the chicken wings chain is also giving away Wing Zone swag throughout Saturday for those who post about their special on social media while tagging the brand.

Tope Akinwumi, Country Manager for Uber in Nigeria said there is a huge potential inherent in the gi...[Read More]

Bad news: Uber Rewards to end later this year, company to focus on Uber One

Ride-hailing service Uber is phasing out one of its loyalty programs, and concentrating users on ano...[Read More]

The Oakland Police Department arrested two people in connection with the fatal shooting of an Uber d...[Read More]

Other hedge funds and other institutional investors have also bought and sold shares of the company....[Read More]

By requiring ride-sharing apps such as Uber and Lyft to reclassify their drivers as full employees, ...[Read More]

Eight United States Presidents Were Left-Handed. Can You Name Any Of Them? (Video)

While major names in the private sector including PenFed and Grubhub have ramped up donations to Vet...[Read More]

Depending on how much you spend with Uber, this could be a large loss in value." Read more: Best Foo...[Read More]

Food delivery companies such as DoorDash and Grubhub, as well as takeout restaurants such as Grill, ...[Read More]

Free food delivery with Grubhub Premium. This is a huge deal for college students (and their parents...[Read More]

What is an operation in computing? – TechNewsBoy.com

DoorDash could help spur demand, particularly among younger users. For DoorDash, the alliance could ...[Read More]

Michigan boy speaks out after family was carjacked at gunpoint | wzzm13.com

Last Friday night, his mom was picking up an order for DoorDash, while he and his sister were in the...[Read More]

A Member of the GigDriverUSA Network